Sauces have the ability to transform up any dish. Whether it’s wings, ribs, or burgers, the right sauce can complement the dish by providing a balanced flavor profile. It’s even hard to imagine some dishes without their signature sauces; barbecue without the sauce and marination is just a charred piece of meat, and a salad without a vinaigrette dressing is just a bowl of mixed raw vegetables. If you’re looking for a tasty solution for bland cooking, Sienna Sauce might be the answer you’re looking for.

The owner of Sienna Sauce is sixteen-year-old Texan Tyla-Simone Crayton. At the age of eight, she tried to recreate her childhood favorite sauce after her favorite wings’ restaurant shut down. While she didn’t crack the restaurant’s formula, she ended up creating something far superior. At the age of fourteen, she and her mother started making wings using Sienna Sauce and selling them, which led to a profitable business. However, Tyla had bigger plans for her award-winning secret sauce, which was even featured at the world food championship, and she started bottling and selling the sauce.

With big plans to expand, Tyla and her mother Monique made an appearance on Shark Tank to pitch her exciting sauces. They pitched three versions of their sauces; tangy, lemon pepper, and spicy and provided tasting samples, which showed how the sauces complemented different meats and could even be used as an ingredient in dishes. Each dish wowed the sharks with their unique flavor and creativity.

The sauces were pitched as highly versatile; they could be used as a marinade, dip, glaze, or an ingredient in other recipes, making it the ultimate sauce. Tyla and her mother came to Shark Tank looking for $100,000 for 10% of the equity in Sienna Sauce. At that time, Sienna Sauce was being sold in 68 stores, and the majority of their sales came from their website. They were looking for a shark to help expand their distribution network specifically.

The sharks were impressed by Tyla’s journey from being homeless to becoming a young entrepreneur who had sold $255,000 worth of sauce. They all loved the flavor profile, and for them, it was an opportunity to enter the billion-dollar condiment and sauce industry. Unfortunately, this meant there was a lot of competition, and they didn’t believe Tyla had overvalued her company.

Kendra Scott, however, did see the value in the business created by the teenager, which resonated with her own story of how she got her start with her billion-dollar business. Kendra offered the mother-daughter team $100,000 for 20% of the company. She justified the extra percentage as being a Texan who went through the same journey, and she could help them with distributors and shelf space while preventing them from making the same mistakes she made initially, allowing them to save money.

Even though Kendra asked for double the equity, Tyla and Monique accepted the offer, excited to expand their operations with a shark on board to help them increase their distribution to sell their award-winning sauce.

Our Review of Sienna Sauce

Sienna Sauce was created in 2017 by Tyla-Simone Crayton, who had an entrepreneurial flair and wanted to bring a little flavor of New York, where she lived previously, and Sienna, Texas, which gave the sauce its name.

The sauce comes in 12-ounce glass bottles that fit nicely in your fridge door without taking up too much space. The range of flavors includes Tangy, Lemon Pepper, and Spicy, along with a new smoked sauce flavor in the works, and the sauce can be used in several ways. The sauce combines the perfect blend of tang, spice, and sweetness that complements all types of meat, including chicken, beef, pork, and seafood, whether smoked, fried, baked, or grilled.

In addition to dousing your choice of meat in the sauce, you can even use the sauces to marinate the meat before cooking or grilling. If you can think of a recipe where you can use it, odds are you’re probably right, so feel free to experiment.  This is also an excellent sauce for sharing; whether you want to invite your family to a barbecue or give them a variety pack so they can enjoy the delicious sauces at home, chances are they’ll love it.

Who is Sienna Sauce For?

Sienna sauce is made for people of all ages, and it is even an excellent sauce for vegetarians because of its ingredients. The sauce is an excellent addition to your meal if you’re a kid who wants a little extra flavor on his burger or an adult who wants some extra spice. Even if you’re looking for a quick snack, you can save time using the sauce as a marinade in your recipe.

Are There Any Alternatives?

The condiments industry is full of competition, and there are ranges of sauces such as those offered by American Garden and other spicy sauces such as Tobasco or Siracha. Still, Sienna Sauce excels when it comes to quality and taste. The added versatility of the use of the sauce is also something other sauces lack, while the texture is also optimum for use in cooking and dipping. It can also easily replace unhealthy condiments which contain sodium, gluten, and high fructose corn syrup. 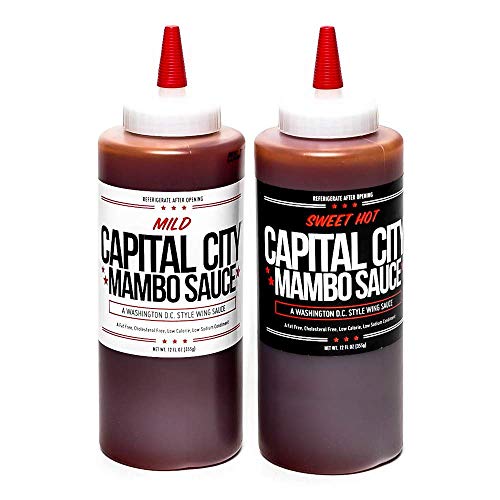 Sienna Sauce is the ultimate sauce with its flavor range and easy access glass bottles. The sauce can end up being a constant in your fridge whether you’re cooking a meal for your family or looking for a sauce to complement your midnight snack. The brand has something for everyone, so be sure to try the different sauces to find the one that appeals most to your taste buds.

I've loved Shark Tank ever since the first time I saw it. I always found myself looking up products and services after the show ended, trying to find out more about the company or founder. Sometimes I couldn't find any more info... That sparked the idea of creating Mertado, where I review the products and services that have been on Shark Tank. It's a tiring job, but someone's got to do it... aaaaand for that reason, I'm out!